The sixty-year reign of George III (1760–1820) witnessed and participated in some of the most critical events of modern world history: the ending of the Seven Years’ War with France, the American War of Independence, the French Revolutionary Wars, the campaign against Napoleon Bonaparte and battle of Waterloo in 1815, and Union with Ireland in 1801. Despite the pathos of the last years of the mad, blind, and neglected monarch, it is a life full of importance and interest.
Jeremy Black’s biography deals comprehensively with the politics, the wars, and the domestic issues, and harnesses the richest range of unpublished sources in Britain, Germany, and the United States. But, using George III’s own prolific correspondence, it also interrogates the man himself, his strong religious faith, and his powerful sense of moral duty to his family and to his nation. Black considers the king’s scientific, cultural, and intellectual interests as no other biographer has done, and explores how he was viewed by his contemporaries. Identifying George as the last British ruler of the Thirteen Colonies, Black reveals his strong personal engagement in the struggle for America and argues that George himself, his intentions and policies, were key to the conflict. 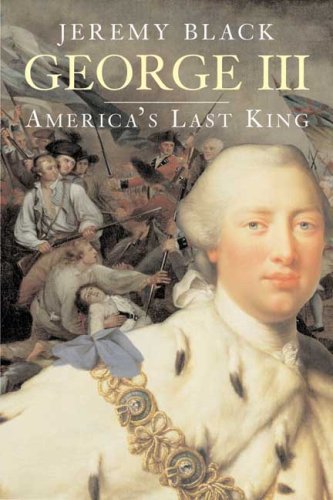