Twice in a decade, Iraq marched to war: in 1980, invading Iran to start an eight-year-long slaughter; and in 1990, seizing Kuwait in a crisis pitting it against America and an international coalition. These actions shifted a little-known country to the very center of world affairs. What forces and factors set Iraq on this course? Iraq’s Road to War shows how president Saddam Hussain’s decision-making and Iraq’s domestic politics, economics, and foreign relations combined in a volatile mix. When Iran’s Islamic revolution made that country seem simultaneously threatening and weak, Iraq’s strong, well-armed regime seized the chance to attack its neighbour. But when fighting ended in 1988, Iraq faced economic crisis and feared social unrest. The regime embarked on a new effort to be the regional superpower. Finding little Arab or US opposition to its escalating aggressive rhetoric, Iraq struck again to annex Kuwait’s oil wealth. With contributions from leading experts and much new material, Iraq’s Road to War provides a comprehensive picture of Iraq, its neighbours, and two wars that shook the world. 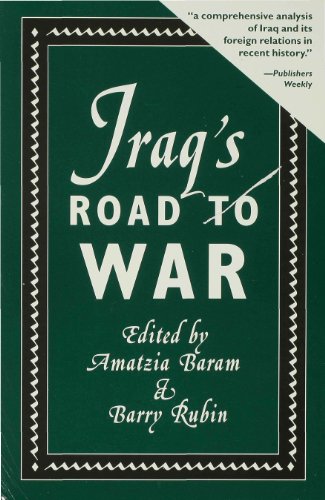