Robert Walpole was Britain’s first Prime Minister and one of the great political figures of the eighteenth century. His years in power, 1721-42, saw the growth of unparalleled political stability and the gradual rise of the House of Commons as the focus of power. In the twenty years that he was Prime Minister Walpole was the chief architect of the Whig supremacy which laid the foundations for modern Britain. He secured the Hanoverian dynasty through his close relationship with George II and did his best to endear the population to their Germanic monarch. Although they were later to part with bitterness on both sides, there is no doubt that Walpole had achieved the seemingly impossible task of harmonising the interests of people, parliament and monarch in a way which became the model for all future British Prime Ministers. This new study of Walpole’s years in power paints a lively picture of Hanoverian England and the world of politics and patronage. The important literary culture of Augustan England – Pope, Swift, Gray and Johnson – is also explored for its rich vein of political satire and commentary. The book ends with Walpole’s fall from power in 1742 while Britain was at war with Spain and France, a war which Walpole opposed but which George II was determined to pursue for his own interests. Walpole’s opposition to the war ended his career but bolstered George’s image with his subjects as he led a victorious army of British, Hanoverian and Austrian troops in battle, the last British monarch to do so. 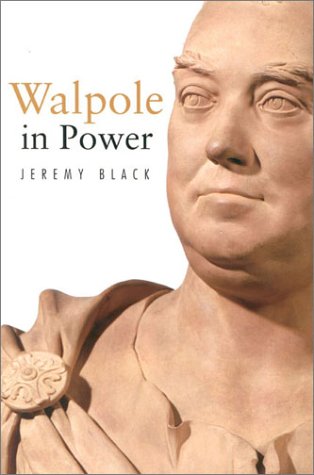