A Nation Must Think Before it Acts Europe: What Went Wrong?
Share:

Ever since the formation of the European Economic Community in 1957, leaders in Europe hoped that a prosperous and united Europe could play a major world role—as a model for post-modern governance and transnational cooperation, a source of support for democratic development around the world, and an example of successful multicultural social democracy. Especially after the start of the Iraq war, Europe and its supporters elsewhere imagined that the EU would be the soft power foil to an aggressive United States of America, a critic/partner of American policy who would somehow transcend their own history in building the society of the future. By 2014, however, most of those hopes have foundered, thanks to persistent economic and political conflict within the EU, a resurgence of national opposition to the European “Superstate,” and the emergence of threats that appear impervious to the charms of EU soft power. What went wrong, and what can or should Europeans do in the future? 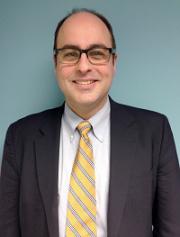 Ron Granieri is the Executive Director of FPRI's Center for the Study of the America and the West, Chair of that Center's Study Group, and Host of Geopolitics with Granieri, a monthly series of events for FPRI Members.  He is a specialist in Contemporary German and International History with degrees from both Harvard and the University of Chicago, and teaches at the University of Pennylvania’s Lauder Institute

Open exclusively to FPRI Members (and spouses) at the $250 level.
Reservations are required. RSVP: [email protected]