A Nation Must Think Before it Acts In Europe’s Shadow: Two Cold Wars and a Thirty-Year Journey Through Romania and Beyond
Share:

In Europe’s Shadow: Two Cold Wars and a Thirty-Year Journey Through Romania and Beyond 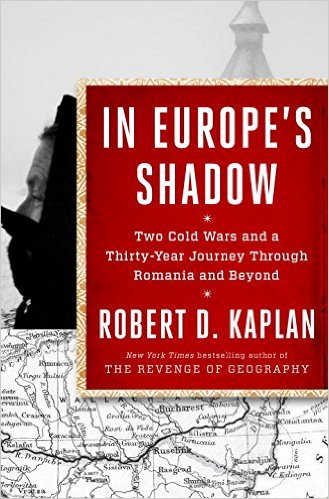 From the New York Times bestselling author Robert D. Kaplan, named one of the world’s Top 100 Global Thinkers by Foreign Policy magazine, comes a riveting journey through one of Europe’s frontier countries—and a potent examination of the forces that will determine Europe’s fate in the postmodern age. Robert Kaplan first visited Romania in the 1970s, when he was a young journalist and the country was a bleak Communist backwater. It was one of the darkest corners of Europe, but few Westerners were paying attention. What ensued was a lifelong obsession with a critical, often overlooked country—a country that, today, is key to understanding the current threat that Russia poses to Europe.

In Europe’s Shadow is a vivid blend of memoir, travelogue, journalism, and history, a masterly work thirty years in the making—the story of a journalist coming of age, and a country struggling to do the same. Through the lens of one country, Kaplan examines larger questions of geography, imperialism, the role of fate in international relations, the Cold War, the Holocaust, and more.

Kaplan is the best-selling author of sixteen books on foreign affairs and travel translated into many languages, including Asia’s Cauldron, The Revenge of Geography, Monsoon, and Balkan Ghosts. He was chief geopolitical analyst at Stratfor, a visiting professor at the US Naval Academy, and a member of the Pentagon’s Defense Policy Board.

Books will be on sale at the event.
Available for pre-order here.