A Nation Must Think Before it Acts Ending the Great War
Share: This year marks the hundredth anniversary of the end of the First World War. Why did Germany lose the war? What role did the United States play in winning the war? How did the war’s ending lead to an even greater conflict a generation later? Military historian John H. Maurer explores these questions in a lecture on the dramatic and tragic events of 1918. 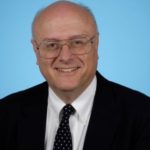 Maurer is a Senior Fellow of the Foreign Policy Research Institute’s Program on National Security, sits on the Board of Editors for FPRI’s journal, Orbis, and serves as the Alfred Thayer Mahan Professor of Grand Strategy and Sea Power and Distinguished University Professor at the Naval War College. He is also the author of The Outbreak of the First World War.