A Nation Must Think Before it Acts Advances in Medicine During Wars: A Primer
Share: 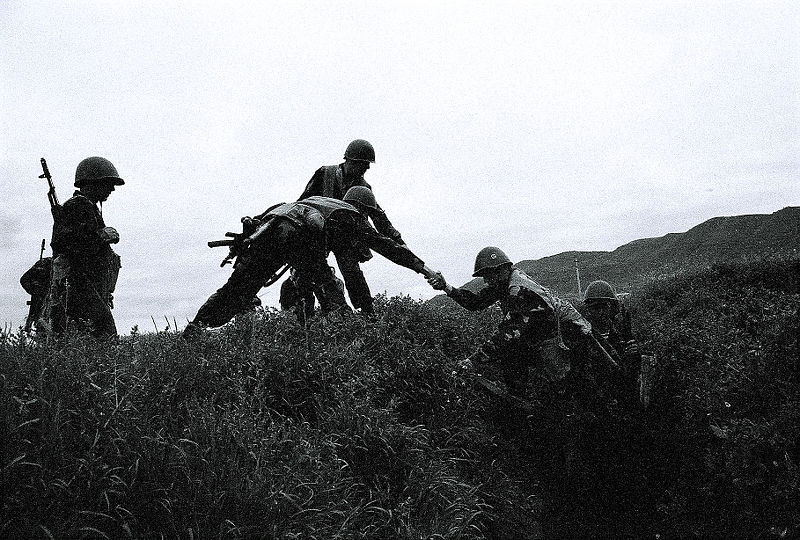 Advances in Medicine During Wars: A Primer

Besides the well-known technical advances that have occurred during major wars of the past 150 years, each one also has produced significant advances in medicine. Some of these advances were completely innovative because of circumstances that occur primarily during wartime—e.g., severe multiple wounds—and some have expanded recent new discoveries that had not yet become common in civilian practice.

For example, the American Civil War brought about the significant use of anesthesia which had only been discovered in 1846. Despite the rather gruesome scenes of piles of bloody limbs often shown on television, the patients who underwent the procedures did it with complete insensibility of the previous ghastly pain of all surgeries. Prior to anesthesia, the key hallmark of surgical excellence was how quickly the procedure could be completed. The use of anesthesia enabled significant advances in surgical capabilities that continue to the modern day.

World War I brought about the regular use of blood transfusions that up to then were quite rare. Battlefield aid stations were set up very close to the battle areas saving many lives.

Another important advance during WWI was the use of volunteer ambulance drivers who went out into the battlefield during the fighting to pick up the wounded. The less time spent after wounding and transport to receiving medical care significantly improved survival rates. The volunteers were primarily conscientious objectors (American Quakers) who provided these dangerous services rather than use weapons.

A little known outcome from WWI was the development of chemotherapy for cancer treatment. The use of poison gases demonstrated that synthetic molecules killed normal cells. It took some time, but eventually molecules were produced that could kill cancer cells more than normal cells to the benefit of patients with cancer. There were many side effects related to these treatments, but in today’s world, specificity for the malignant cells is increasing marvelously.

World War II saw the expanded use of antibiotics as a very significant advance. Sulfa drugs, discovered in 1935, and penicillin, developed in 1939, have led the way to the obvious world-wide benefit we have today from any number of effective antibiotics. Prior to antibiotics, infectious disease was the leading cause of death worldwide.

Another significant advance during WWII was the use of metal plates to help heal fractures. This technic was developed by the German military medical services and discovered by the Allies when examining captured German prisoners who had needed x-rays. To the surprise of the medical staff, the German troops were back on duty in half the time compared to normal healing. The widespread use of metal plates and joints is now common, as we all know.

The Korean War led to even greater savings of lives by the use of helicopters for battlefield evacuations and much quicker removal to more capable medical facilities, such as MASH hospitals, well known to all of us.

The Vietnam War produced a number of important advances in medical practice. Among them was the use of frozen blood products. Fresh blood can only be used for 21-30 days before deteriorating. Frozen blood can be used for up to a year. The normal blood volume in a young adult is approximately 8-10 pints. In catastrophic injuries that occur in war, it is not uncommon to transfuse 10, 20, or even more pints of blood and have the patient survive. Obtaining and storing massive amounts of fresh blood in war time conditions is impossible. The military has been a leader in developing frozen blood products that have been lifesaving in many instances.

Advances in burn care also occurred during the Vietnam War. The use of antiseptic and antibiotic impregnated dressings helped reduce dangerous infections. Also, excessive loss of body fluids is a major problem with wide spread loss of the protective skin cover. Better fluid management of these patients added to survival and recovery.

In the extremely hot and humid climate of Vietnam, body fluid loss was a major problem, especially for newly arrived troops transported to country aboard comfortable air-conditioned ships. By acclimating the troops to the new conditions through exercise programs in hot and stuffy holds of ships with no air conditioning and the liberal use of balanced salt solutions (Gatorade), troops landed ready to go without required acclimatization over 3-7 days.

A very important advance, for civilians as well as military personnel, was the post-war recognition of Post-Traumatic Stress Disorder (PTSD). This was carefully described for the first time as a recognized diagnosis by a Veterans Affairs psychiatrist treating many Vietnam veterans. Of course, it has been present in every war. In the Civil War, it was called “Lost Heart;” in WWI, it was “Shell Shock;” in WWII, it was “Battle Fatigue.” These individuals were often regarded as cowards and ordered to court-martial. Now, it is officially recognized and treated.

Another new discovery during the war was the experience of cardiac arrest in patients with spinal cord injuries caused by the use of a routine drug while undergoing anesthesia.  The drug, succinylcholine, has been used for decades entirely safely during general anesthesia to facilitate muscle relaxation enabling necessary procedures. But with injuries to the spinal cord, a sensitivity to the drug occurs not previously recognized. This sensitivity releases extraordinary amounts of potassium into the blood that is carried to the heart causing cardiac arrest. It is now recognized throughout the field, and another safe drug is used in these situations.

Despite all of these medical advances associated with war, most of them would have come about in time anyway. Accordingly, I’m not recommending that war is a useful path for creating medical innovations!

Dr. Raymond Tobey had a 28 year career in the US Navy serving at the U.S. Naval Hospital in Yokosuka, Japan during the Vietnam War from 1965-68. He retired as Commanding Officer of the Naval Regional Medical Center, Philadelphia in 1982.