In this radical reassessment, Jeremy Black challenges many of the established assumptions about the so-called Military Revolution of 1560- 1660. He argues that it is far from clear that a military revolution did occur during this period. Indeed there is more evidence to suggest that the description could be applied more accurately to the following hundred years. This book also re-examines the relationship between military strength and domestic stability. Rather than seeing the latter as the consequence of the former, Dr. Black argues that it makes more sense to see the former as a result of the latter. 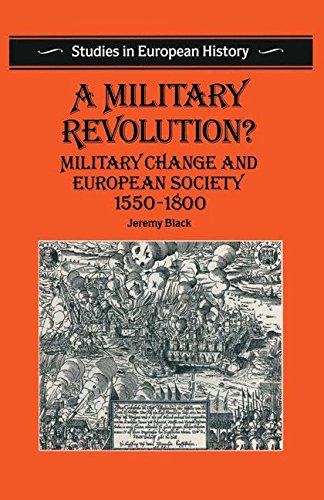