With independence from colonial rule, Africans had hoped for liberty, prosperity and a new beginning. Instead, they have experienced have brought nothing but economic misery, famine, senseless civil wars, wanton destruction, flagrant violations of human rights and brutal repression. Africa Betrayed is a powerful attack on the dictators who have ruined an entire continent. Dr. Ayittey writes devastatingly on the horrors of black neo-colonialism, arguing that it is naive for commentators to blame Africa’s misery on external factors: African leaders have betrayed both the just aspirations of their countrymen and Africa’s indigenous political systems, which in no way endorse tyranny. He argues that a second liberation struggle is beginning throughout the continent – one that will sweep away the kleptocracy and rediscover the African traditions that have endured throughout the horrors of both white colonialism and black neo-colonialism. 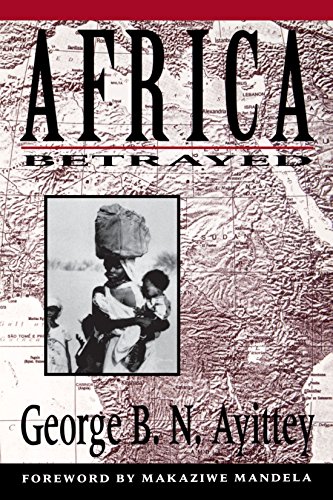