After the Cold War: American Foreign Policy, Europe and Asia

The end of the Cold War provides challenges and opportunities for American foreign policy leadership that arguably have been equalled in modern times only by the period in which the Cold War began. With the collapse of the Soviet Union and communist regimes in Eastern Europe, the partners of the Atlantic alliance have achieved a profound diplomatic and political victory of historic importance. The international system which has resulted, however, arguably has more uncertainty and unpredictability than the familiar bipolar competition between the two superpowers and their allies. 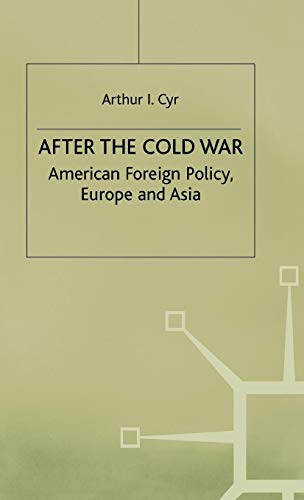 After the Cold War: American Foreign Policy, Europe and Asia

Arthur I. Cyr, an FPRI Senior Fellow, is the A.W. and Mary Margaret Clausen Distinguished Professor of Political Economy and World Business, and Director of the Clausen Center for World Business, at Carthage College in Kenosha Wisconsin.