Age of Delirium: The Decline and Fall of the Soviet Union

The collapse of the Soviet Union figures among the important events of the latter half of the century. David Satter, a reporter in Moscow for the Financial Times of London from 1976 to 1982, recorded with great detail the failings of the Soviet Union during the time and has cast those failings into a telling postmortem on the Communist state. The bulk of his material comes in the form of vignettes from people who suffered through the iron rule and the oppression and bleakness it fostered. Their stories provide personal insights as to why the empire collapsed. 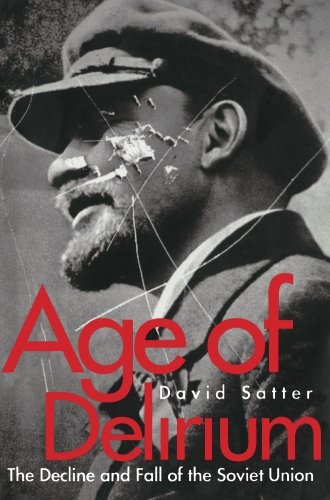 Age of Delirium: The Decline and Fall of the Soviet Union