This essential book offers a compelling and original interpretation of the rise of military aviation. Jeremy Black, one of the world’s finest scholars of military history, provides a lucid analysis of the use of airpower over land and sea both during the two world wars and the more limited wars of the twentieth and twenty-first centuries.

Considering both the theory and praxis of air power, the author begins with hot air balloons, and then highlights the use of zeppelins, piston engine fighters, jet bombers, and finally the so-called Military Revolution of today. While discussing the growth of American and European military aviation, Black, a pioneer in emphasizing the importance of non-Western military history for understanding global developments, also traces the emergence of air power in Latin America, Africa, and Asia.

Black breaks new ground by exploring not only to conventional war—both inside and outside Europe—but also to the use of air power in unconventional wars, especially critical given to the spread of insurgencies around the globe. He vividly describes traditional debates over the pros and cons of strategic bombing and aircraft carriers versus battleships and gives equal attention to managerial, doctrinal, and technological innovations. The author shows how better management resulted in increasing lethality of close air support of the RAF during the latter part of World War II and at the same times highlights the limits of air power with case studies of the two Gulf Wars.

The author goes beyond our traditional understanding of air power associated with bombing and fighter engagements, adding the important elements associated with naval power, including ground/logistics support, anti-aircraft measures, and political constraints. As he explains, air power has become Western politicians’ weapon of choice, spreading maximum destruction with the minimum of commitment. His current and comprehensive study considers how we got to this point, and what the future has in store. Anyone seeking a balanced, accurate understanding of air power in history will find this book an essential introduction. 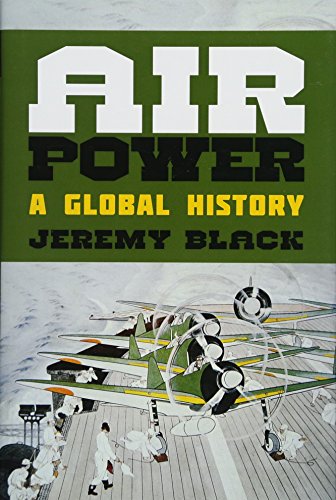