An American in China

This is a young graduate student’s account of his two months and four thousand miles of unattended travel in the People’s Republic. During one of the longest visits by an American since the Communists took control in 1949, Jan Ting visited twelve major cities, their factories, schools and day-care centers. He saw acupuncture used to cure deafness and witnessed the “revolutionary” art forms of ballet and Peking Opera. His knowledge of Mandarin Chinese allowed him to talk directly with the people as well as their leaders. The result is an intriguing, close-up study of a world that, until now, was as mysterious to many Americans as the far side of the moon. 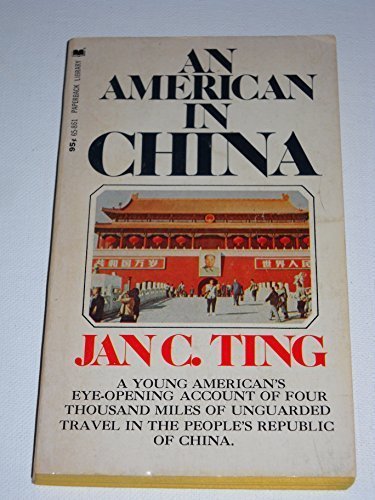 An American in China

Jan Ting is formerly a FPRI Senior Fellow and professor of law at Temple University.