A Century of Arab Politics: From the Arab Revolt to the Arab Spring

From the “Great Arab Revolt” against Ottoman rule in World War I to the upheavals of the Arab Spring, this text analyzes a century of modern Arab history through the lens of three intertwined notions: the idea of a single Arab nation, the reality of multiple Arab states, and the competition between them over both concrete and symbolic interests. These concepts are presented against the background of Great Power involvement in the region, regional issues such as the Arab-Israeli conflict and the Iran-Iraq war, and the rise of political Islam.

The evolution of regional Arab politics is examined from its infancy at the beginning of the 20th century to the profound challenges posed by the upheavals of the Arab Spring, and through the emergence of multiple Arab states organized under the League of Arab States, the pan-Arab heyday of Gamal Abdel Nasser between 1955 and 1967, and the subsequent consolidation of a multi-polar Arab state system. This history highlights the changing nature of modern Arab identity, the achievements and shortcomings of Arab state formation processes, and the influence of enduring communal, tribal, religious and ethnic identities on the modern Arab order. Altogether, these factors help explain contemporary Arab realities and why the Arab nationalist dream of achieving power and prosperity in line with an idealized image of the past, has proven elusive. This failure, in turn, has fueled both the recent upheavals and limited the prospects for successful outcomes.

This broad and readable synthesis covers the political, economic, social, and cultural history of the Arab region. By reexamining what “being Arab” means today, politically and culturally, it will be a valuable text to students seeking to understand the modern Middle East. 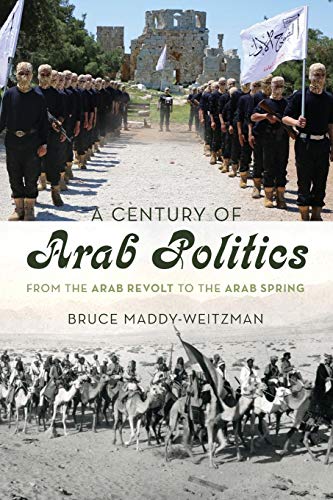 A Century of Arab Politics: From the Arab Revolt to the Arab Spring

Bruce Maddy-Weitzman was a Senior Fellow in the Foreign Policy Research Institute’s Program on the Middle East. He is the Marcia Israel Principal Research Fellow at the Moshe Dayan Center for Middle Eastern and African Studies at Tel Aviv University.