When the “fifth generation” of Communist Party leaders in China assumed top political positions in 2012-2013, they took the helm of a country that has achieved remarkable economic growth, political stability, and international influence. Yet China today confronts challenges at least as daunting as any it has faced since the reform era began in the late 1970s. In November 2013, the Chinese Communist Party’s Central Committee announced ambitious reforms to address vital issues, such as giving market forces a “decisive role” in the economy, strengthening the social safety net, assigning greater weight to factors other than economic growth and social order in evaluating local officials, promoting urbanization, and relaxing the “one child” policy.

This timely volume offers a broad and comprehensive look at the issues facing China today and lays the groundwork for understanding the shifts to come. How—and how well—China handles these challenges not only will define China’s trajectory for years to come, but will have repercussions far beyond China’s borders. 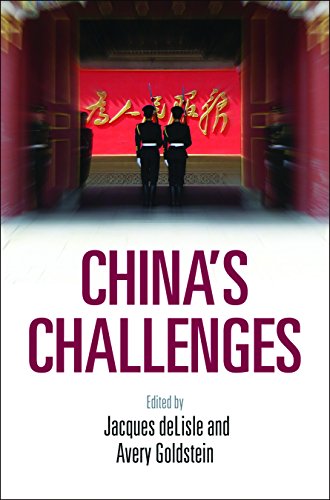