China is again undergoing a period of significant transition. Internally, China’s leaders are addressing challenges to the economy and other domestic issues after three decades of dramatic growth and reforms. President Xi Jinping and other leaders also are refashioning foreign policy to better fit what they see as China’s place in the world. This has included a more proactive approach to trade and related international economic affairs, a more vigorous approach to security matters, and a more focused engagement on international cultural and educational affairs.

In this volume, China specialists from around the world explore key issues raised by a changing China’s interaction with a changing world. They chronicle China’s emergence as a more capable actor whose engagement is reshaping international affairs in many dimensions. These include: global currency and trading systems; patterns of cooperation and competition in technological innovation; economic and political trends in the developing world; the American-led security order in the Asia-Pacific region; the practice of international military and humanitarian intervention; the use of naval power; the role of international law in persistent territorial and maritime disputes in the East and South China Seas; the international human rights regime; the circulation of Chinese talent trained abroad; a more globalized film industry; and programs to reshape global cultural awareness about China through educational initiatives.

Across these diverse areas, China’s capacity—and desire—to influence events and outcomes have risen markedly. The results so far are mixed, and the future trajectory remains uncertain. But across the wide range of issues addressed in this book, China has become a major and likely an enduring participant.

China’s Global Engagement: Cooperation, Competition, and Influence in the 21st Century is available for purchase on amazon. 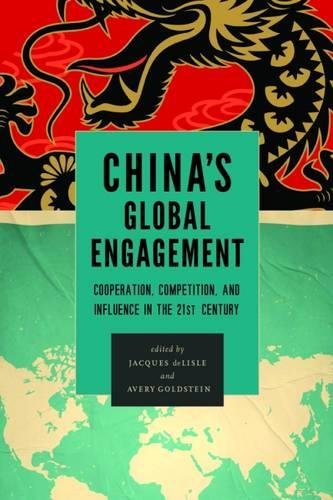