This book traces the development of Chinese thinking over four periods from the 1980s on and covers strategies toward: Russia and Central Asia, Japan, the Korean peninsula, Southeast and South Asia, and regionalism. It compares strategic thinking, arguing that the level was lowest under Jiang Zemin and highest under Hu Jintao. While pinpointing many mistaken assumptions, it credits China with overall successes and concludes that China stands at a crossroads. Deng Xiaoping’s legacy about patiently biding its time may be replaced by growing assertiveness, which was difficult to suppress earlier and now is emboldened by China’s rapid rise. 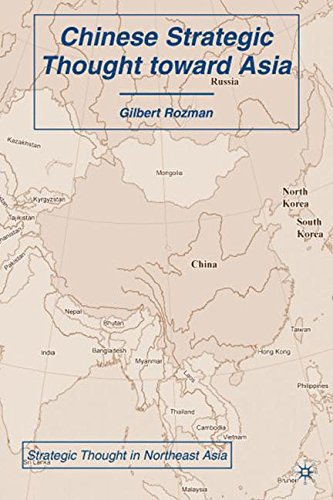