Combined Operations A Global History of Amphibious and Airborne Warfare

This compelling book provides the first global history of the evolution of combined operations since Antiquity. Beginning with amphibious warfare in the ancient world of the Romans, Vikings, and Mongols, Jeremy Black advances through the Gunpowder Revolution, the rise of maritime empires and the formation of nation-states, the early Industrial Revolution and the adaptation of modern technology to warfare, the twentieth-century world wars, the Cold War, and concluding with the modern age of irregular and asymmetric conflict.

Black’s informed and analytical narrative emphasizes conflicts around the world, focusing not only on leading powers but also regional combatants. His case studies include amphibious operations in the Mongol invasions of Japan, the War for American Independence, and the Gallipoli campaign of World War I. He also explores the development and effectiveness of airborne operations as a way to project military power inland. Offering a balanced assessment of strategic, operational, and technical developments over time, Black considers both the potential and limitations of amphibious and airborne warfare—past, present, and future. 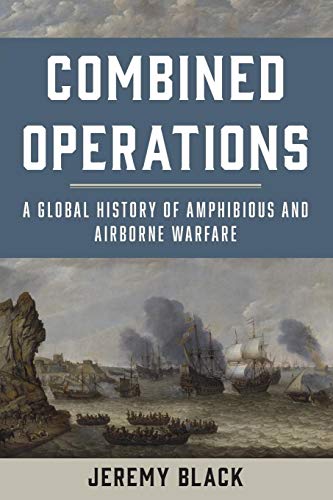 Combined Operations A Global History of Amphibious and Airborne Warfare