Command of the Seas

This infectiously readable memoir by the most colorful and controversial Navy Secretary in memory provides the inside story of the origins and battles at home and abroad in building a 600-ship Navy. Young, bright, and ambitious, John Lehman came to office refusing to be just another figurehead. For the six years he served in the Reagan administration, he helped forge an aggressive strategy for achieving maritime supremacy and for rebuilding the U.S. Navy. In this bestselling personal account of those years between 1981 and 1987, he speaks with candor and authority about the ills of the military establishment and the struggles and frustrations he encountered.

Lehman reveals instances of political intrigue, including his dramatic Oval Office confrontation with Admiral Rickover at the time of the admiral’s firing in 1982 and battles within the Pentagon and Congress. His explanation of the administration’s new naval strategy has been called the most comprehensive and lucid ever written, and his descriptions of the Navy in combat over Libya, Lebanon, and Grenada are packed with fascinating details that only an insider could know. The bold insights he presents of a critical turning point in the Cold War will continue to inform and, with the addition of new material to this paperback edition, promise to renewed discussion of the role of the U.S. Navy then and into the future. 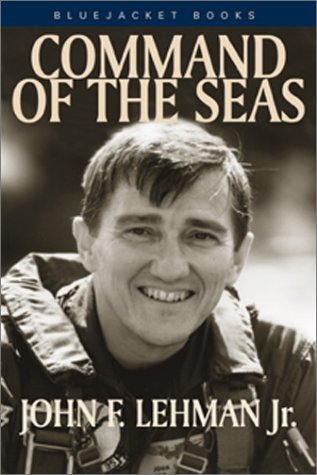 Command of the Seas