This volume establishes Amitai Etzioni’s communitarian approach to international relations as a distinct school of American foreign policy thought. Nikolas K. Gvosdev systematically evaluates Etzioni’s ideas, tracing their origins during the Cold War and their relevance to current challenges in Asia and the Middle East, and considering their strengths and weaknesses.

Etzioni agrees with liberal internationalists who believe that traditional notions of state sovereignty are eroding and that a new set of global norms is required. However, he argues against the imposition of Western policies on the rest of the world, which he sees as a recipe for conflict which the United States cannot afford. He warns against the post-Cold War triumphalism, arguing that it undercuts efforts to find necessary common ground with both Russia and China. An enduring and stable global architecture cannot be maintained unless it appeals to the interests of a broad community of nations. The trust that is needed for forming closer associations between nations and to have a productive dialogue on human rights can only come about through the voluntary coordination of states forced to combat an increasing array of transnational threats. 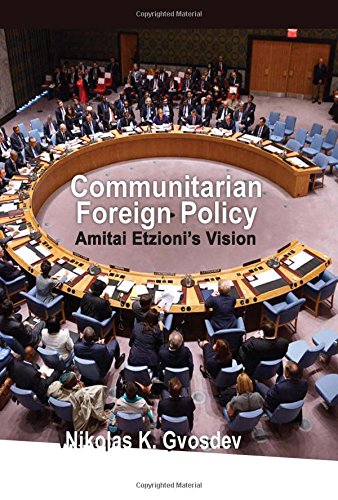 Nikolas Gvosdev is the Editor of Orbis: FPRI's Journal of World Affairs and a Senior Fellow in FPRI's Eurasia Program.