H. L. Mencken (1880–1956) was a reporter, literary critic, editor, author — and a famous American agnostic in the twentieth century. From his role in the Scopes Trial to his advocacy of science and reason in public life, Mencken is generally regarded as one of the fiercest critics of Christianity in his day.

In this biography D. G. Hart presents a provocative, iconoclastic perspective on Mencken’s life. Even as Mencken vividly debunked American religious ideals, says Hart, it was Christianity that largely framed his ideas, career, and fame. Mencken’s relationship to the Christian faith was at once antagonistic and symbiotic.

Peppered with juicy quotes from Mencken’s huge body of work, Damning Words superbly portrays an influential figure in twentieth-century America and, at the same time, casts telling new light on the crucial period in which he lived. 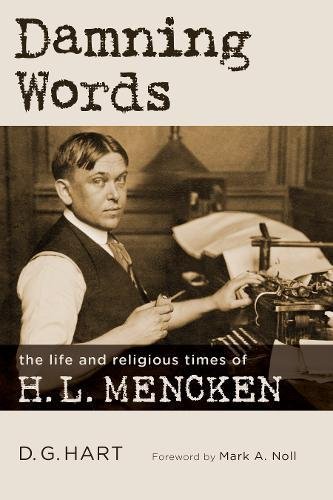