Deconstructing Evangelicalism: Conservative Protestantism in the Age of Billy Graham

Millions of Americans identify themselves as evangelicals. But what does the word mean? D. G. Hart provocatively argues that evangelicalism is a concept that has obscured more of Christianity than it has revealed and should be abandoned as a separate religious identity. Instead, he suggests that American Christians rediscover their rich theological heritage. 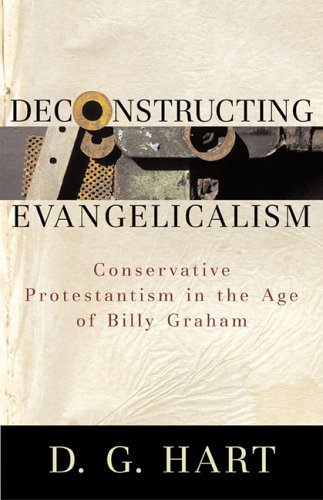 Deconstructing Evangelicalism: Conservative Protestantism in the Age of Billy Graham