Defeating Dictators: Fighting Tyranny in Africa and Around the World

Despite billions of dollars of aid and the best efforts of the international community to improve economies and bolster democracy across Africa, violent dictatorships persist. As a result, millions have died, economies are in shambles, and whole states are on the brink of collapse. Political observers and policymakers are starting to believe that economic aid is not the key to saving Africa. So what does the continent need to do to throw off the shackles of militant rule? African policy expert George Ayittey argues that before Africa can prosper, she must be free. Taking a hard look at the fight against dictatorships around the world, from Ukraine’s orange revolution in 2004 to Iran’s Green Revolution last year, he examines what strategies worked in the struggle to establish democracy through revolution. Ayittey also offers strategies for the West to help Africa in her quest for freedom, including smarter sanctions and establishing fellowships for African students. 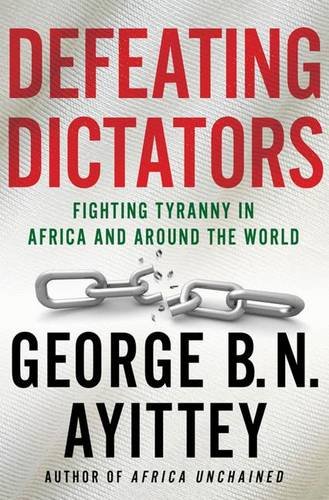 Defeating Dictators: Fighting Tyranny in Africa and Around the World