Deterrence and Security in the 21st Century: China, Britain, France, and the Enduring Legacy of the Nuclear Revolution

Much recent writing about international politics understandably highlights the many changes that have followed from the collapse of the Soviet Union and the end of the Cold War. This book, by contrast, analyzes an important continuity that, the author argues, will characterize international strategic affairs well into the new century: nuclear deterrence will remain at the core of the security policies of the world’s great powers and will continue to be an attractive option for many less powerful states worried about adversaries whose capabilities they cannot match. 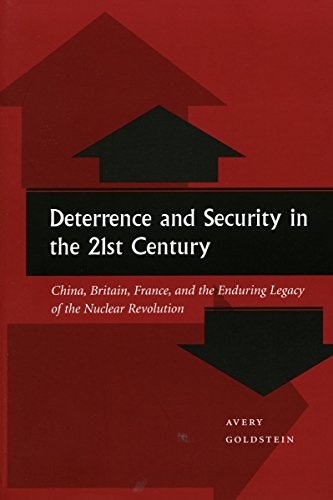 Deterrence and Security in the 21st Century: China, Britain, France, and the Enduring Legacy of the Nuclear Revolution