Atheism was the most foundational challenge to early-modern French certainties. Theologians and philosophers labelled such atheism as absurd, confident that neither the fact nor behaviour of nature was explicable without reference to God. The alternative was a categorical naturalism, whose most extreme form was Epicureanism. The dynamics of the Christian learned world, however, which this book explains, allowed the wide dissemination of the Epicurean argument. By the end of the seventeenth century, atheism achieved real voice and life. This book examines the Epicurean inheritance and explains what constituted actual atheistic thinking in early-modern France, distinguishing such categorical unbelief from other challenges to orthodox beliefs. Without understanding the actual context and convergence of the inheritance, scholarship, protocols, and polemical modes of orthodox culture, the early-modern generation and dissemination of atheism are inexplicable. This book brings to life both early-modern French Christian learned culture and the atheists who emerged from its intellectual vitality. 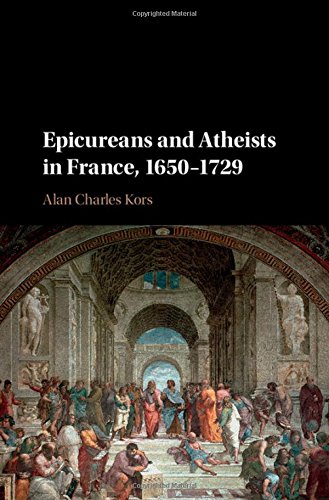