George Ayittey’s “Indigenous African Institutions” presents a detailed and convincing picture of pre-colonial and post-colonial Africa – its cultures, traditions, and indigenous institutions, including participatory democracy. Contrasting traditional African society with both colonial rule and the currently prevalent one-man military dictatorship, Ayittey concludes that while colonialism was pernicious and brutal, it did not totally destroy native African institutions and in some ways even contributed to their survival and regeneration. The modern dictatorships under African “elites”, he argues, are equally pernicious and brutal, and perhaps even more bent on the wholesale destruction of African institutions, squandering human resources and diverting foreign aid funds to their own Swiss bank accounts. 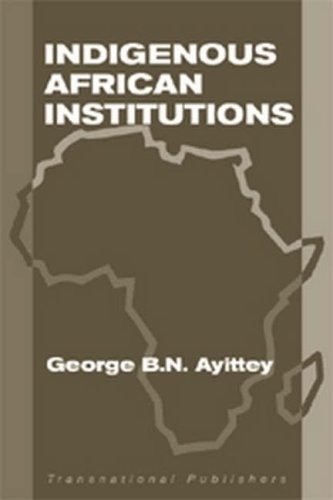