Insurgency and Counterinsurgency: A Global History

This timely book offers a world history of insurgencies and of counterinsurgency warfare. Jeremy Black moves beyond the conventional Western-centric narrative, arguing that it is crucial to ground contemporary experiences in Afghanistan and Iraq in a global framework. Unlike other studies that begin with the American and French revolutions, this book reaches back to antiquity to trace the pre-modern origins of war within states. Interweaving thematic and chronological narratives, Black probes the enduring linkages between beliefs, events, and people on the one hand and changes over time on the other hand. He shows the extent to which power politics, technologies, and ideologies have evolved, creating new parameters and paradigms that have framed both governmental and public views.

Tracing insurgencies ranging from China to Africa to Latin America, Black highlights the widely differing military and political dimensions of each conflict. He weighs how, and why, lessons were “learned” or, rather, asserted, in both insurgency and counterinsurgency warfare. At every stage, he considers lessons learned by contemporaries, the ways in which norms developed within militaries and societies, and their impact on doctrine and policy. His sweeping study of insurrectionary warfare and its counterinsurgency counterpart will be essential reading for all students of military history. 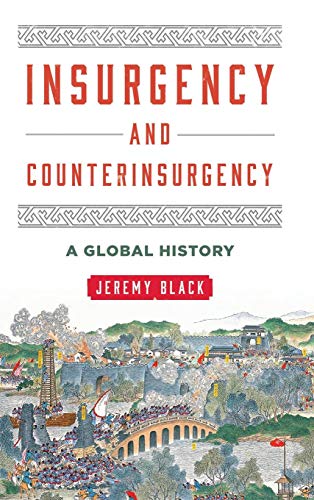 Insurgency and Counterinsurgency: A Global History