It Was a Long Time Ago, and It Never Happened Anyway: Russia and the Communist Past

Russia today is haunted by deeds that have not been examined and words that have been left unsaid. A serious attempt to understand the meaning of the Communist experience has not been undertaken, and millions of victims of Soviet Communism are all but forgotten. In this book David Satter, a former Moscow correspondent and longtime writer on Russia and the Soviet Union, presents a striking new interpretation of Russia’s great historical tragedy, locating its source in Russia’s failure fully to appreciate the value of the individual in comparison with the objectives of the state.

Satter explores the moral and spiritual crisis of Russian society. He shows how it is possible for a government to deny the inherent value of its citizens and for the population to agree, and why so many Russians actually mourn the passing of the Soviet regime that denied them fundamental rights. Through a wide-ranging consideration of attitudes toward the living and the dead, the past and the present, the state and the individual, Satter arrives at a distinctive and important new way of understanding the Russian experience. 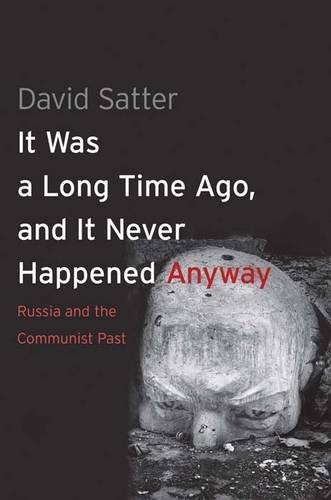 It Was a Long Time Ago, and It Never Happened Anyway: Russia and the Communist Past