Gorbachev’s transformation of both Soviet socialism and the Cold War world atmosphere kindled a far-reaching debate in Japan. Would Japan at last free itself of its secondary postwar standing? Would a new Soviet system and world order soon be established? Gilbert Rozman argues in Japan’s Response to the Gorbachev Era, that Japanese perceptions of the Soviet Union are distinctive and are helpful for understanding what will become an influential worldview. Focusing on diverse opinion leaders and the relationship between the Japanese media, policy-making, and public opinion, Rozman shows how long-standing negative images of Soviet socialism and militarism have been reconsidered since the mid-1980s. His analysis treats burning issues such as the Northern Territories dispute, the Soviet commitment to reform, and the Soviet-American relationship. It also sheds light on Japanese views of Soviet history, modernization, and national character. Such views reveal some of the building blocks for the emergent Japanese worldview. 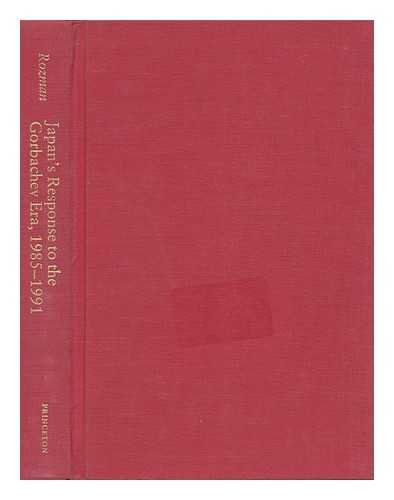