Let the Sea Make a Noise…: A History of the North Pacific from Magellan to MacArthur

This study is an account of the rise and fall of empires in the last vast unexplored corner of the inhabitable Earth, an area occupying one-sixth of the globe. The book chronicles 400 years of voyages of discovery, feats of pioneering heroism, engineering marvels, political plots, business chicanery, racial clashes and brutal wars. Walter McDougall lets the people who lived the events interpret them – the American-loving ambassador to Washington on the eve of Pearl Harbor, the Russian builder of the Trans-Siberian railway, a Hawaiian queen from the first period of Western competition for the Islands, the American Secretary of State infamous for his “folly” in purchasing Alaska, a Spanish missionary from the period when it looked like the whole area might have become part of the Spanish realm. From the tropical paradise of Hawaii to the island fortress of Japan, from the frozen wastes of Siberia to the California coastline and into the power centres of London, Washington, Tokyo and St Petersburg, the book offers insights into all the twists and turns of the Pacific empire. 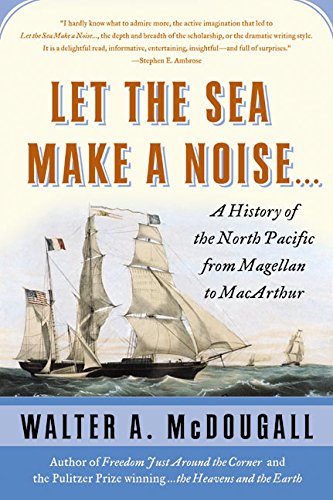 Let the Sea Make a Noise...: A History of the North Pacific from Magellan to MacArthur