Maps of War: Mapping conflict through the centuries

Purchase Maps of War: Mapping conflict through the centuries

There is little documented mapping of conflict prior to the Renaissance period, but, from the 17th century onward, military commanders and strategists began to document the wars in which they were involved and, later, to use mapping to actually plan the progress of a conflict. Using contemporary maps, this sumptuous new volume covers the history of the mapping of land wars, and shows the way in which maps provide a guide to the history of war.

Content includes:
The beginnings of military mapping prior to 1600, such as the impact of printing and the introduction of gunpowder.
The seventeenth century: The focus is on maps to illustrate war, rather than as a planning tool, and the chapter considers the particular significance of mapping fortifications.
The eighteenth century: The growing need for maps on a world scale reflects the spread of European power, and of transoceanic conflict between Europeans. This chapter deals particularly with the American Revolution.
The nineteenth century: Key developments included contouring and the creation of military surveying. Subjects include the Napoleonic Wars and the American Civil War
The twentieth century: Extended features on the First and Second World Wars, featuring maps detailing trench warfare and aerial reconnaissance. Much of the chapter centers on the period from 1945 to the present day, including special sections on the Vietnam War and the Gulf Wars. 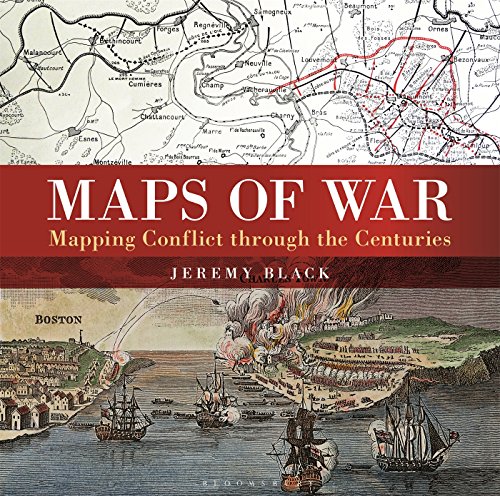 Maps of War: Mapping conflict through the centuries