Mexico: Changing of the Guard

Vicente Fox Quesada of the center-right National Action party (PAN) became president of Mexico on December 1, 2000, with ambitious goals for domestic and foreign policy. Yet the populist leader, formerly a business executive at Coca-Cola, faced opposition both within his party and from outside, with an array of potent foes trying to stymie his plans. This Headline Series looks at the initiatives Fox tackled in his first year in office, including defusing the Chiapas conflict, economic reform and relations with the United States, European countries and other nations in the Western Hemisphere. Evaluating the successes and failures of his first year, Grayson provides an analysis and forecast of Fox’s ability to transform Mexico into a truly modern, democratic, humanitarian country. 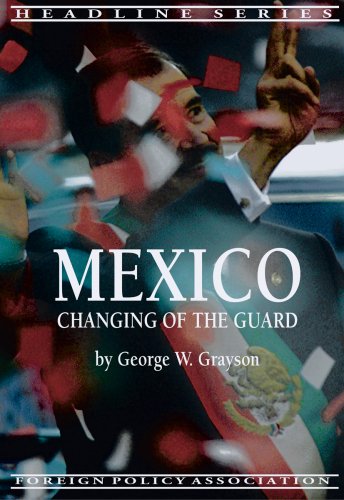 Mexico: Changing of the Guard