Japan and China have been rivals and intermittent antagonists for more than a millennium. Until the late nineteenth century, China was the more powerful, while Japan had the upper hand for the next century. China’s recent resurgence has emboldened it even as Japan perceives itself falling behind, exacerbating long-standing historical frictions between the two. June Teufel Dreyer’s historical synthesis of their relationship provides a jargon-free, concise, and readily understandable overview of one of the world’s great civilizational rivalries.  Dreyer, a senior scholar of East Asia, begins in the ninth century in order to establish a deep historical context.  After a summary of the distant history of the relationship, she moves to the recent past—the mid-nineteenth century onward—which is the core of the book.  The substantial closing section focuses on the issues that dominate China and Japan’s intensified current relationship: economic rivalry, disparate memories of World War II, resurgent nationalism, military factors, Taiwan, and globalization. Dreyer argues that the emphasis on recent disputes should be seen as manifestations of embedded rivalries rather than as issues that, if resolution can be reached, will provide a lasting solution to tensions.  For anyone interested in the political dynamics of East Asia, this integrative history of the relationship between the region’s two giants is highly recommended. 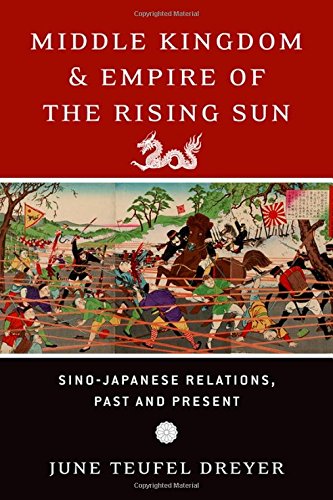