Atheism was the most fundamental challenge to early-modern French certainties. Leading educators, theologians and philosophers labelled such atheism as manifestly absurd, confident that neither the fact nor behaviour of nature was explicable without reference to God. The alternative was a categorical naturalism. This book demonstrates that the Christian learned world had always contained the naturalistic ‘atheist’ as an interlocutor and a polemical foil, and its early-modern engagement and use of the hypothetical atheist were major parts of its intellectual life. In the considerations and polemics of an increasingly fractious orthodox culture, the early-modern French learned world gave real voice and eventually life to that atheistic presence. Without understanding the actual context and convergence of the inheritance, scholarship, fierce disputes, and polemical modes of orthodox culture, the early-modern generation and dissemination of absolute naturalism are inexplicable. This book brings to life that Christian learned culture, its dilemmas, and its unintended consequences. 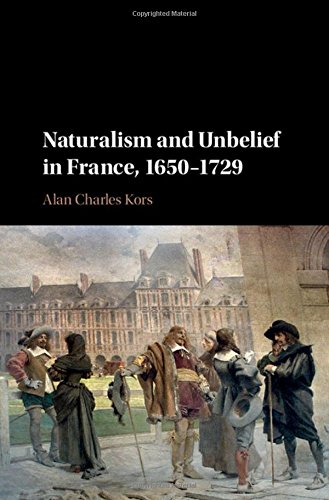