The Sovereignty Wars: Reconciling America with the World

Protecting sovereignty while advancing American interests in the global age

Americans have long been protective of the country’s sovereignty—beginning when George Washington retired as president with the admonition for his successors to avoid “permanent” alliances with foreign powers. Ever since, the nation has faced periodic, often heated, debates about how to maintain that sovereignty, and whether and when it’s appropriate to cede some of it in the form of treaties and the alliances about which Washington warned.

As the recent election made clear, sovereignty is also one of the most frequently invoked, polemical, and misunderstood concepts in politics—particularly American politics. The concept wields symbolic power, implying something sacred and inalienable: the right of the people to control their fate without subordination to outside authorities. Given its emotional pull, however, the concept is easily highjacked by political opportunists. By playing the sovereignty card, they can curtail more reasoned debates over the merits of proposed international commitments by portraying supporters of global treaties or organizations as enemies of motherhood and apple pie.

Such polemics distract Americans from what is really at stake in the sovereignty debate: namely, the ability of the United States to shape its destiny in a global age. The United States cannot successfully manage globalization, much less insulate itself from cross-border threats, on its own. As global integration deepens and cross-border challenges grow, the nation’s fate is increasingly tied to that of other countries, whose cooperation will be needed to exploit the shared opportunities and mitigate the common risks of interdependence.

The Sovereignty Wars is intended to help today’s policymakers think more clearly about what is actually at stake in the sovereignty debate and to provide some criteria for determining when it is appropriate to make bargains over sovereignty—and how to make them.

The Sovereignty Wars is available for purchase on amazon. 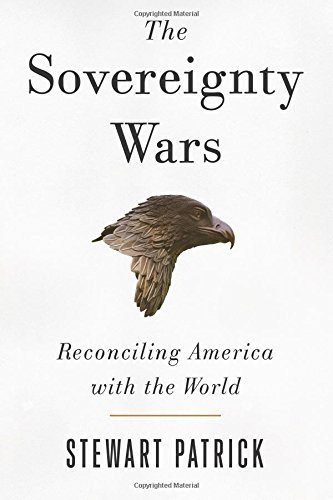 The Sovereignty Wars: Reconciling America with the World

Stewart M. Patrick is James H. Binger senior fellow in global governance and director of the International Institutions and Global Governance (IIGG) Program at the Council on Foreign Relations (CFR).