There is a widespread perception among Taiwan-watchers that the rising proportion of islanders who identify themselves as Taiwanese is driving increased enthusiasm for an independent Taiwan and flagging interest in political rapprochement with the PRC. They perceive a steady increase of “Taiwanese nationalism,” as a serious obstacle to stabilizing cross-strait relations. This study, however, argues that Taiwanese public opinion is increasingly favorable to peaceful relations in the Taiwan Strait. Using generational analysis, it shows that while many older Taiwanese hold passionate views about cross-strait relations, younger Taiwanese tend to be pragmatic, moderate, and open-minded. It disaggregates the components of “Taiwanese nationalism” and shows that while the phenomenon is common among older Taiwanese–including most of Taiwan’s current political leadership–it is less widespread among younger age groups. For those born after 1950, a strong Taiwanese identity often coexists with neutral or even positive views of China. Overall generational analysis supports an optimistic assessment of the future of cross-strait relations. Attitudes that are most destructive to cross-strait ties are held by age cohorts whose political influence is waning. Younger Taiwanese lack the passion that drives today’s leaders. This is not to say that young Taiwanese do not feel a strong connection to Taiwan as their homeland. For them, loving Taiwan does not mean hating China. If the PRC refrains from acting in ways that provoke negative reactions from young Taiwanese, current trends suggest that Taiwan s public will demand better relations between the two sides in the future. 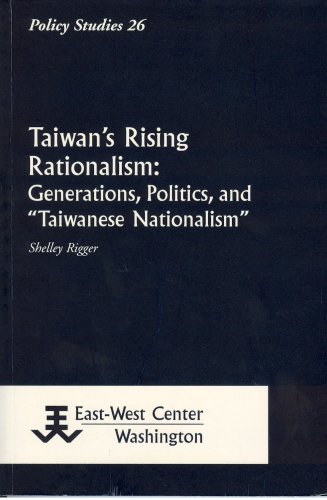