The Border: Exploring the U.S.-Mexican Divide

More than 250 million people cross the U.S.- Mexican border legally each year, and as many as 10 million do so illegally, making the border–la frontera to Mexicans–the most traversed national boundary on the planet. In an age of terrorism and economic uncertainty, that border is already one of the most hotly debated issues in American politics and is certain to play a prominent role in the 2008 campaign for president. In 2007, David Danelo spent three months traveling the 1,952 miles that separate the United States and Mexico, beginning at Boca Chica, Texas, and traveling to the westernmost limit at Border Field State Park in California–a journey that took him across four states and two countries through a world of rivers and canals, mountains and deserts, highways and dirt roads, fences and border towns. Here the border isn_t just an abstraction thrown around in political debates in Washington; it_s a physical reality, infinitely more complex than most politicians believe. Danelo_s reporting digs beneath the debate and attempts to explain the border and related issues–from legal and illegal immigration to NAFTA and border fences–as they are experienced by the people who live and work there: businessmen, smugglers, Minutemen, migrants, humanitarians, border patrol agents, government officials, and everyday people in the U.S. and Mexico. The divide is great, as Danelo makes clear, but so is the opportunity. Refreshing in the new perspectives it offers and captivating in its depiction of this vibrant, if troubled, region, The Border is an essential starting point for understanding this vital topic. 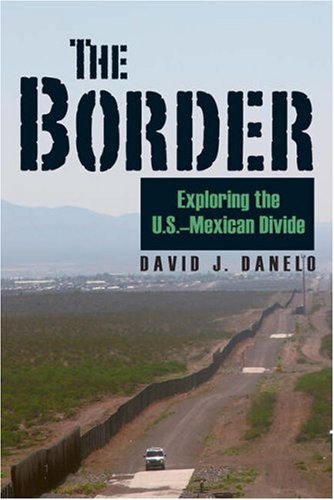 The Border: Exploring the U.S.-Mexican Divide