The British Abroad: The Grand Tour in the Eighteenth Century

Travel for pleasure developed greatly in the 18th century, and here Jeremy Black examines travel on the Continent, the so-called “Grand Tour”. He considers not only the standard destinations of France and Italy but also the Low Countries, Germany, Switzerland and the Balkans. The modes of transport are described in detail, along with the range of accommodation, the food and drink, the pleasures and hazards of travel, ranging from sex and sensibility to debt and dysentery, as well as the effects of the French Revolution on the British tourist. Included are extensive quotes from 18th-century tourist correspondence, particularly hitherto uncited manuscript collections, to build up a vivid and frequently amusing picture of travel experience of British aristocrats on the Continent. 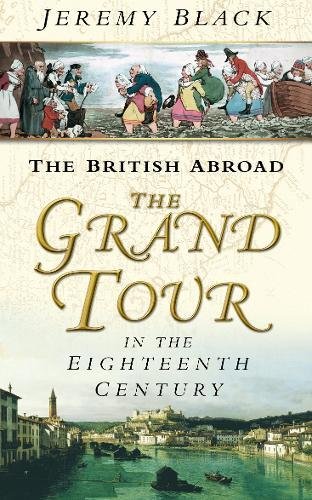 The British Abroad: The Grand Tour in the Eighteenth Century