The British Empire: A History and a Debate

What was the course and consequence of the British Empire? The rights and wrongs, strengths and weaknesses of empire are a major topic in global history, and deservedly so. Focusing on the most prominent and wide-ranging empire in world history, the British empire, Jeremy Black provides not only a history of that empire, but also a perspective from which to consider the issues of its strengths and weaknesses, and rights and wrongs. In short, this is history both of the past, and of the present-day discussion of the past, that recognises that discussion over historical empires is in part a reflection of the consideration of contemporary states. In this book Professor Black weaves together an overview of the British Empire across the centuries, with a considered commentary on both the public historiography of empire and the politically-charged character of much discussion of it. There is a coverage here of social as well as political and economic dimensions of empire, and both the British perspective and that of the colonies is considered. The chronological dimension is set by the need to consider not only imperial expansion by the British state, but also the history of Britain within an imperial context. As such, this is a story of empires within the British Isles, Europe, and, later, world-wide. The book addresses global decline, decolonisation, and the complex nature of post-colonialism and different imperial activity in modern and contemporary history. Taking a revisionist approach, there is no automatic assumption that imperialism, empire and colonialism were ‘bad’ things. Instead, there is a dispassionate and evidence-based evaluation of the British empire as a form of government, an economic system, and a method of engagement with the world, one with both faults and benefits for the metropole and the colony. 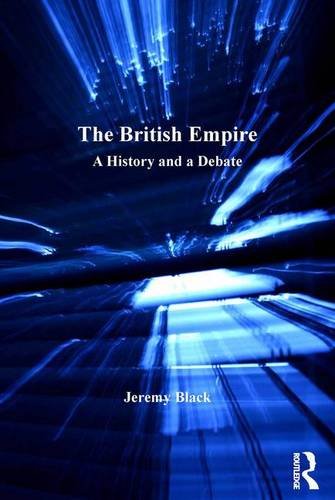 The British Empire: A History and a Debate