The Routledge Handbook of Religion and Security

This Handbook breaks new ground by addressing global security through the lens of religion and examining the role religion plays in both war and peace.

In recent years there has been a considerable upsurge of public concern about the role of religion in contemporary violence. However, other than historical materials, there has been a relative neglect of the subject of religion and security. The Routledge Handbook of Religion and Security fills this gap in the literature by providing an interdisciplinary, comprehensive volume that helps non-specialists and experts alike understand how religion is both part of the problem and part of the solution to security challenges. Featuring contributions from many of the key thinkers in the field, the Handbook is organized into thematic sections, reflective of three basic questions:

This Handbook offers analyses of how nine different world religions have related to issues of war and peace, theologically and practically; overviews of how scholars and practitioners in nine different topical areas of security studies have (or have not) dealt with the relationship between religion and security; and five case studies of particular countries in which the religion–security nexus is vividly illustrated: Nigeria, India, Israel, the former Yugoslavia and Iraq.

This Handbook will be of great interest to students of religion, security studies, war and conflict studies and IR in general. 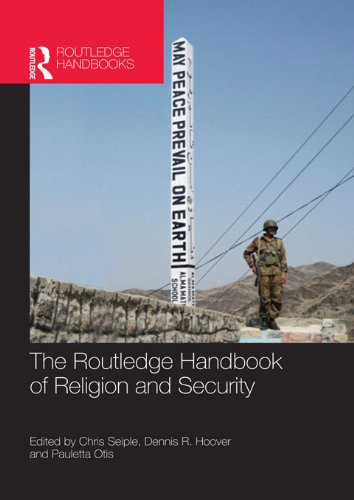 The Routledge Handbook of Religion and Security

Chris Seiple was a Senior Fellow with FPRI’s Program on National Security. He is President Emeritus of the Institute for Global Engagement (IGE).