Purchase War in Europe: 1450 to the Present

War in Europe is an overview of war and military development in Europe since 1450, bringing together the work of a renowned historian of modern European and military history in a single authoritative volume. Beginning with the impact of the Reformation and continuing up to the present day, Jeremy Black discusses the following key themes:

long-term military developments, notably in the way war is waged and battle conducted
the relationship between war and transformations in the European international system
the linkage between military requirements and state developments
the consequences of these requirements, and of the experience of war, for the nature of society

Adopting a clear chronological approach, Black weaves a rich and detailed narrative of the development of war in relation to transformations in the European international system, demonstrating the links between its causes and consequences in the military, political and social spheres. Assimilating decades of important research as well as bringing new perspectives to the topic, War in Europe is a key text for students taking courses in European history, international relations and war studies. 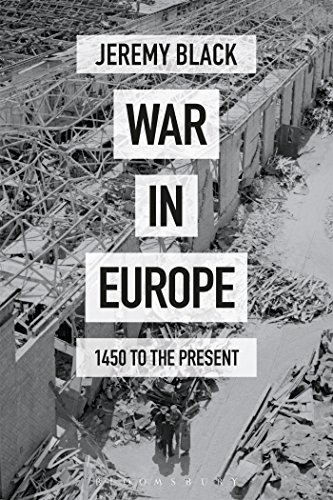