Warriors and Citizens: American Views of Our Military

Is there a gap between our military and our broader society?

It has been said that 1 percent of our citizens serve and go to war and that 99 percent go to the mall. In Warriors and Citizens, a diverse group of contributors offers perspectives on whether or not the different experiences of our military and the broader society are fraying the traditional civil relationship—and if the American public is losing connection to its military. The authors analyze extensive polling information to identify gaps between civilian and military attitudes on issues central to the military profession and the professionalism of our military, determine which if any of those gaps are problematic for sustaining the traditionally strong bonds between the American military and its broader public, analyze whether such gaps are amenable to remediation by policy means, and assess potential solutions.

The contributors also explore public disengagement and the effect of high levels of public support for the military combined with low levels of trust in elected political leaders—both recurring themes in their research. They also reflect on whether American society is becoming divorced from the requirements for success on the battlefield so that not only will it fail to comprehend our military but be willing to tolerate a military constituted along more traditional lines to protect our more progressive society.

Kori Schake is a member of FPRI’s Board of Advisors.

Mackubin Thomas Owens is the editor of Orbis: FPRI’s Journal of World Affairs. 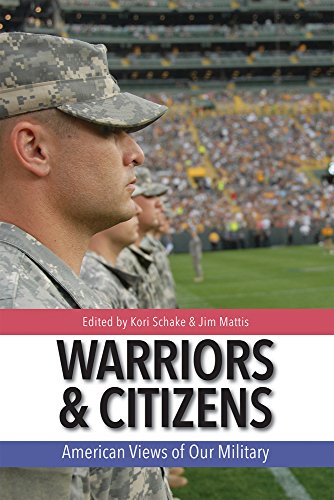 Warriors and Citizens: American Views of Our Military

Kori Schake serves on FPRI's Board of Advisors, and is Deputy Director-General at The International Institute for Strategic Studies.