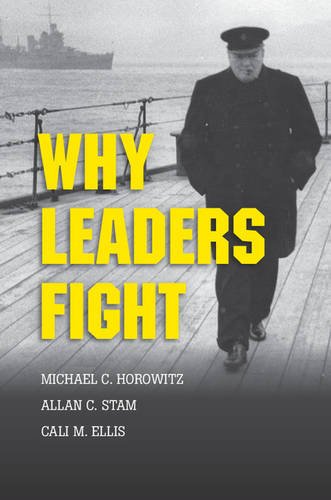 National chief executives play a large role in forging the destinies of the countries they lead. Why Leaders Fight is about those world leaders and how their beliefs, worldviews, and tolerance for risk and military conflict are shaped by their life experiences before they enter office — military, family, occupation, and more. Using in-depth research on important leaders and the largest set of data on leader backgrounds ever gathered, the authors of Why Leaders Fight shed light on the critical role of presidents and prime ministers in leading their nations into war.