The Two-State Solution: Dream or Delusion? 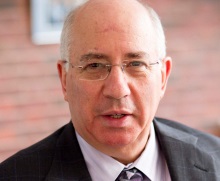 It has been said of the two-state solution that it is a terrible idea for resolving the Israel-Palestine conflict but better than all the other alternatives. And now amid all the turmoil in the Middle East, some would argue the time is just not right while others argue it is more imperative than ever before. We are pleased to feature a prominent student of the subject to explore it with us. Shai Feldman is author of numerous books on US-Israeli relations, nuclear weapons in the Middle East, Track II diplomacy, and, most recently, Arabs and Israelis: Conflict and Peacemaking in the Middle East (co-authored with Abdel Monem Said Aly and Khalil Shikaki).

The Two-State Solution: Dream or Delusion?