A Nation Must Think Before it Acts New Faces at FPRI
Share: 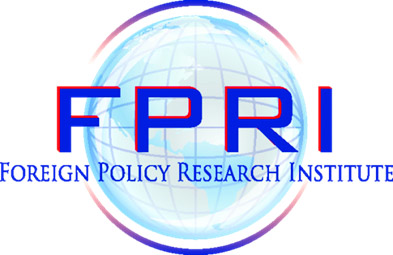 
The Foreign Policy Research Institute welcomes three new individuals to its growing network of scholars, policymakers, and community leaders. Bernstein Wealth Management Financial Advisor Maureen F. Austin has been elected to the FPRI Board of Trustees; joining the Board of Advisors is Professor Kiron K. Skinner of Carnegie Mellon University; and Benjamin Katzeff Silbertstein joins as an Associate Scholar. Maureen F. Austin is a Financial Advisor in Bernstein’s Philadelphia office. She advises high-net-worth families and institutions, as well as their respective trusts, estates, foundations, endowment sand pension plans. In conjunction with the Wealth Planning and Analysis Group, Maureen works closely with her clients’ trusted tax and legal advisors on a wide range of wealth management matters, including tax and estate planning, concentrated stock positions, and the sale of privately held businesses. Prior to joining the firm in 2007, she was a general manager with profit and loss responsibility at three successive firms: Danaher, a Fortune 500 global manufacturing firm; Eaton, a Fortune 500 power management firm; and Gunton, a large regional distributor of home building products. Earlier, she was at J.P. Morgan for seven years, where she was a municipal bond trader. Maureen earned a BA in economics from Harvard College and an MBA from Harvard Business School.

is a Director and Associate Professor at Carnegie Mellon University, specializing in international relations, international security, U.S. foreign policy, and political strategy. Skinner is also a W. Glenn Campbell Research Fellow at the Hoover Institution. Skinner has held a distinguished career in public service, serving on the U.S. Defense Department’s Defense Policy Board, the Chief of Naval Operations’ Executive Panel, and more. Additionally, Skinner has served on four different presidential campaigns. Professor Skinner is a lifetime director on the board of the Atlantic Council in Washington, DC.  She is a member of the Council on Foreign Relations in New York City and the Pacific Council on International Policy in Los Angeles. Professor Skinner is also part of the the American Australian Council, Washington, D.C.; the George C. Marshall Missile Defense Advisory Board at the Center for Strategic and International Studies, Washington, DC; and the Washington, D.C.-based U.S. Global Leadership Coalition, Pennsylvania Advisory Committee. Professor Skinner holds MA and PhD degrees in political science from Harvard University. is an Associate Scholar with FPRI, focusing primarily on the Korean Peninsula and East Asian region. He is a doctoral student in the Department of History at University of Pennsylvania, where he researches the history of surveillance and social control in North Korea, and a co-editor of North Korean Economy Watch. He publishes regularly on Korean affairs in publications such as IHS Jane’s Intelligence Review and The Diplomat, and has previously worked as a journalist, and has been a special advisor to the Swedish Minister for International Development Cooperation.