A Pilgrim for Freedom

How did an eleven-year old boy from the ancient city of Split, on the Adriatic coast, who with his family left almost everything when Nazis and Fascists invaded their homeland at the beginning of World War II, grow up to be a United States soldier and a highly successful American businessman? The answer to that question is the story that Michael Novakovic tells in this poignant and charming memoir, A Pilgrim for Freedom. It is one part the account of a refugee family who barely survived explosions and hunger while seeking safety during World War II, and includes vivid descriptions of the hardships Mike, his siblings, and parents endured. It is another part the story of an immigrant family who came to the United States (by way of Argentina) after the war and with great ingenuity and industry worked their way up to levels of success that had been unimaginable during the darkest days of war. Finally, it is also the chronicle of a loyal and valiant soldier who sought to pay back his debts to the United States for defeating fascism and communism through distinguished service in the U.S. Air Force’s intelligence operations. In sum, it is a riches-to-rags-to-riches story that testifies both to the resilience of one man and to the ideals of the nation that inspired him.

In his memoir about the American dream, Mr. Novakovic shares his inspiring tale of coming to America and flourishing. A telling story about the role immigrants to America have played in its history. It is one of the truly inspiring success stories of going from rags to riches that is the cornerstone of America. 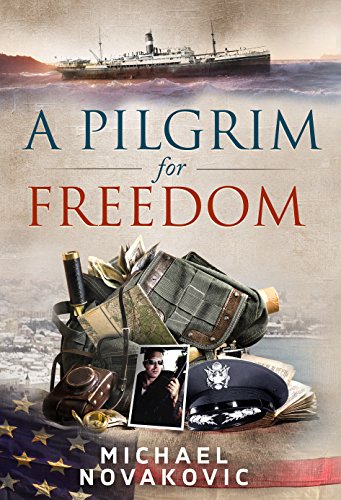 A Pilgrim for Freedom