International smuggling has exploded, deepening and accelerating the collaboration of transnational organized crime and terrorist groups. Attacks like the Charlie Hebdo and Bataclan shootings in Paris, the kidnappings and murders by Boko Haram in Nigeria, and the San Bernardino shooting were partially funded by seemingly harmless illegal goods such as cheap cigarettes, smuggled oil, prostitution, fake Viagra, fake designer bags, and even bootleg DVDs.

But how can this be? In Blood Profits, Vanessa Neumann, an expert on dismantling illicit trade, explains how purchasing illegal goods translates to supporting organized crime and terrorists. Neumann shows how the effects of the collapsed Iron Curtain, USSR scientists and intelligence agents left without work, regional trade pacts, the dissipation of the East-versus-West mentality, and new-age technology have all led to an intricate network of illegal trade. She leads the reader through a variety of cases, both by geography and by industry (selecting industries where illicit trade is generally poorly understood), before extracting lessons learned into some policy recommendations that we can all embrace. 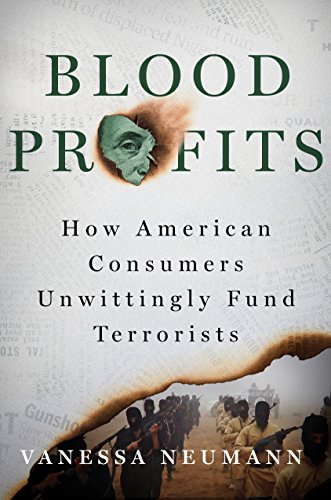 Dr. Neumann was formerly a Senior Fellow of the Foreign Policy Research Institute’s Center for the Study of Terrorism as well as FPRI's Program on National Security. She is also an Associate of the University Seminar on Latin America at the School of International and Public Affairs (SIPA) at Columbia University.