Pressure for political reform has been great in China throughout the twentieth century and remains undiminished in the late 1980’s. This important new volume places the question of reform in a broad historical and comparative context, linking contemporary China both to its past and the to experiences of other communist countries–thereby proving a valuable text for academics in political science, comparative politics, and political sociology. China’s Political Reforms examines the reasons for, the means of, and the obstacles to political reform in China. A detailed report based on discussions with participants is provided of the student demonstrations in December 1986. In addition, conservative backlashes at moves toward political reforms such as the demonstration are analyzed, along with policy choices available for China’s future. 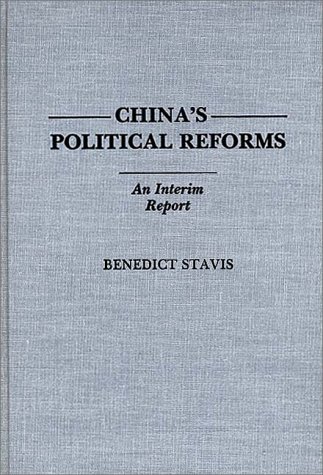 Ben Stavis is an Emeritus Professor of Political Science at Temple University.