Civil Wars: A History in Ideas

A highly original history, tracing the least understood and most intractable form of organized human aggression from Ancient Rome through the centuries to the present day.

We think we know civil war when we see it. Yet ideas of what it is, and what it isn’t, have a long and contested history, from its fraught origins in republican Rome to debates in early modern Europe to our present day. Defining the term is acutely political, for ideas about what makes a war “civil” often depend on whether one is a ruler or a rebel, victor or vanquished, sufferer or outsider. Calling a conflict a civil war can shape its outcome by determining whether outside powers choose to get involved or stand aside: from the American Revolution to the war in Iraq, pivotal decisions have depended on such shifts of perspective.

The age of civil war in the West may be over, but elsewhere in the last two decades it has exploded–from the Balkans to Rwanda, Burundi, Somalia, and Sri Lanka, and most recently Syria. And the language of civil war has burgeoned as democratic politics has become more violently fought. This book’s unique perspective on the roots and dynamics of civil war, and on its shaping force in our conflict-ridden world, will be essential to the ongoing effort to grapple with this seemingly interminable problem. 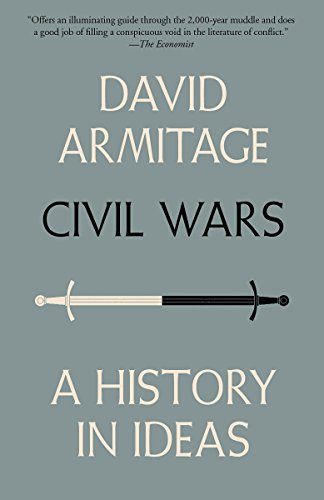 Civil Wars: A History in Ideas