The existence of a national style of warfare, an American Way of War, has been used to characterize fundamental elements of American military strategy. During his tenure as Chairman of the Joint Chiefs of Staff, General Colin Powell became the proponent for a strategic framework to guide the consideration of how military forces should be used to support national policy objectives. His framework was reflected in the Chairman’s National Military Strategy published in early 1992 after Desert Storm under a concept titled Decisive Force. This book traces the development and evaluates the merits of a New American Way of War embodied in the Decisive Force concept. Military attitudes and lessons about the utility of force are drawn from four recent conflicts. 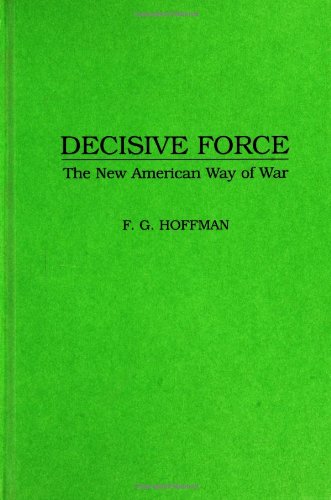